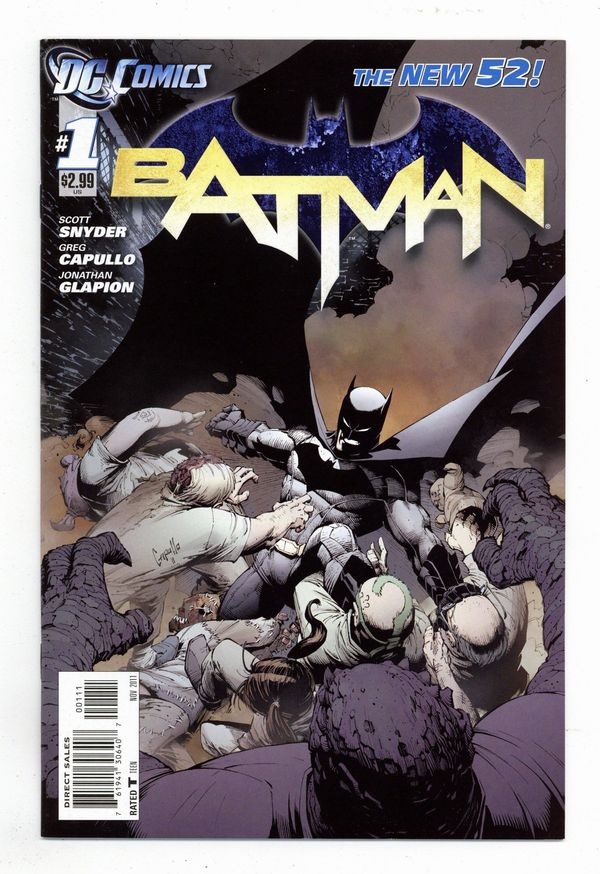 Comes sealed in bag and board, inside a magnetic acrylic case.

FIRST PRINTING Cover by GREG CAPULLO Written by SCOTT SNYDER Art by GREG CAPULLO and JONATHAN GLAPION Be here for the start of a new era for The Dark Knight from writer Scott Snyder (AMERICAN VAMPIRE, BATMAN: GATES OF GOTHAM) and artist Greg Capullo (Spawn)! A series of brutal killings hints at an ancient conspiracy, and Batman learns that Gotham City is deadlier than he knew. First appearance of Harper Row (cameo, not named in issue)