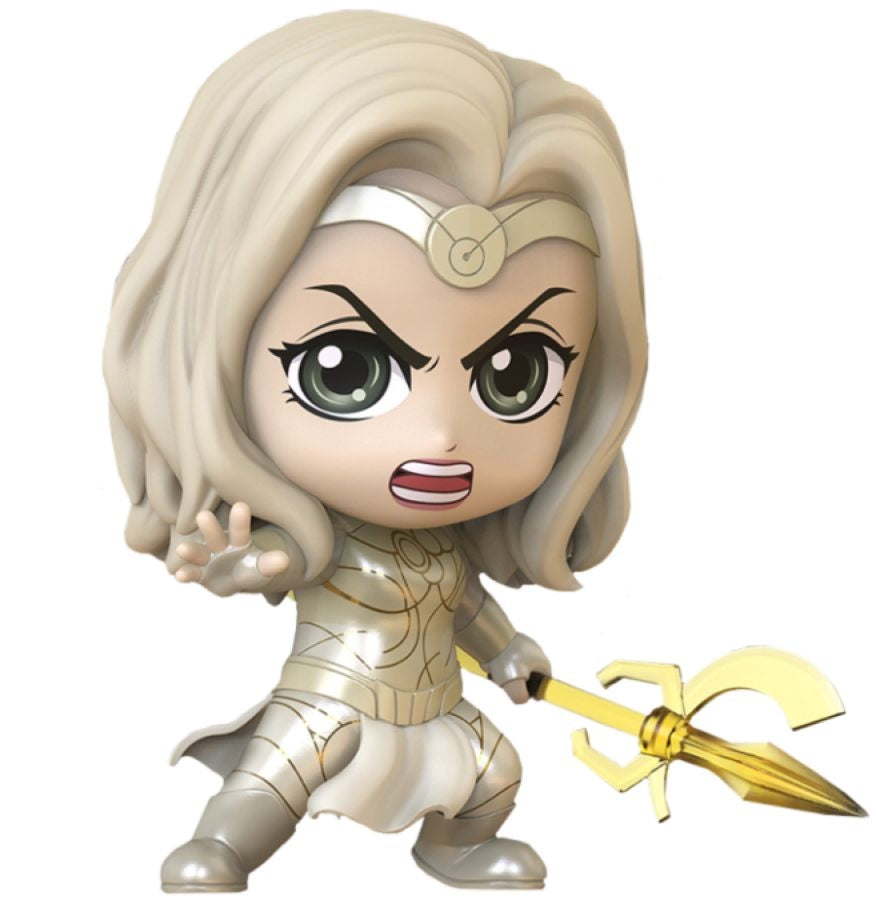 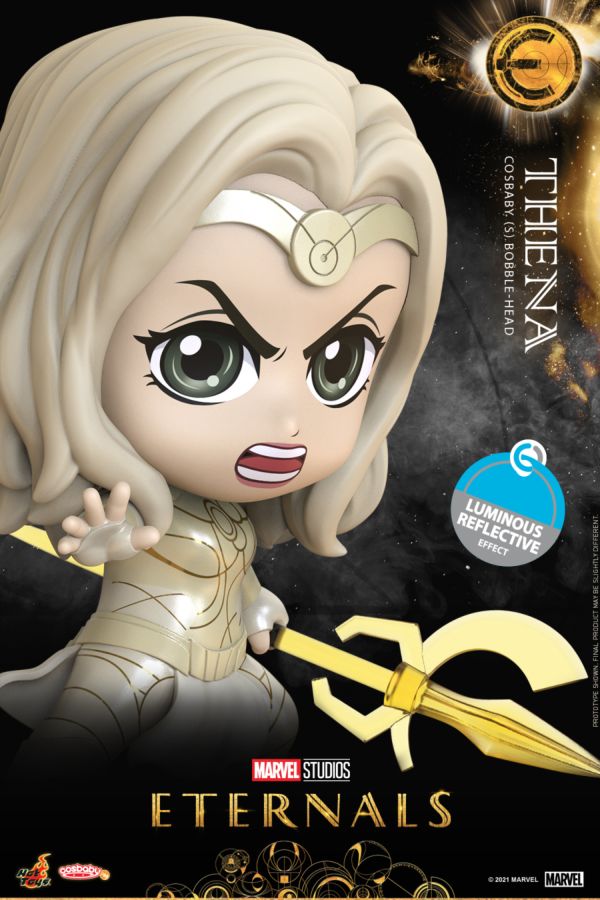 “Throughout the years we have never interfered, until now.”

They have shaped the history and civilisations on Earth, and now the saga of the Eternals continues as the race of immortal beings return from the shadows to reunite against mankind’s most ancient enemy, the Deviants.

Following the events of Avengers: Endgame, Eternals follows the immortal heroes who have been sent to protect Earth and watch over the human race for over 7,000 years, and now these legendary beings have united once again for this godly new collection of Cosbaby figures by Hot Toys, including Thena, Gilgamesh, Ikaris and Sersi.

Each figure in the collection stands between 10-11cm tall with a bobble-head function, and has been recreated in the cute Cosbaby style with their signature costumes and poses as they prepare to defend the Earth against the Deviants.

This Cosbaby figure features the fierce warrior Thena with her legendary spear coated with a luminous reflective effect to illuminate her mighty power.